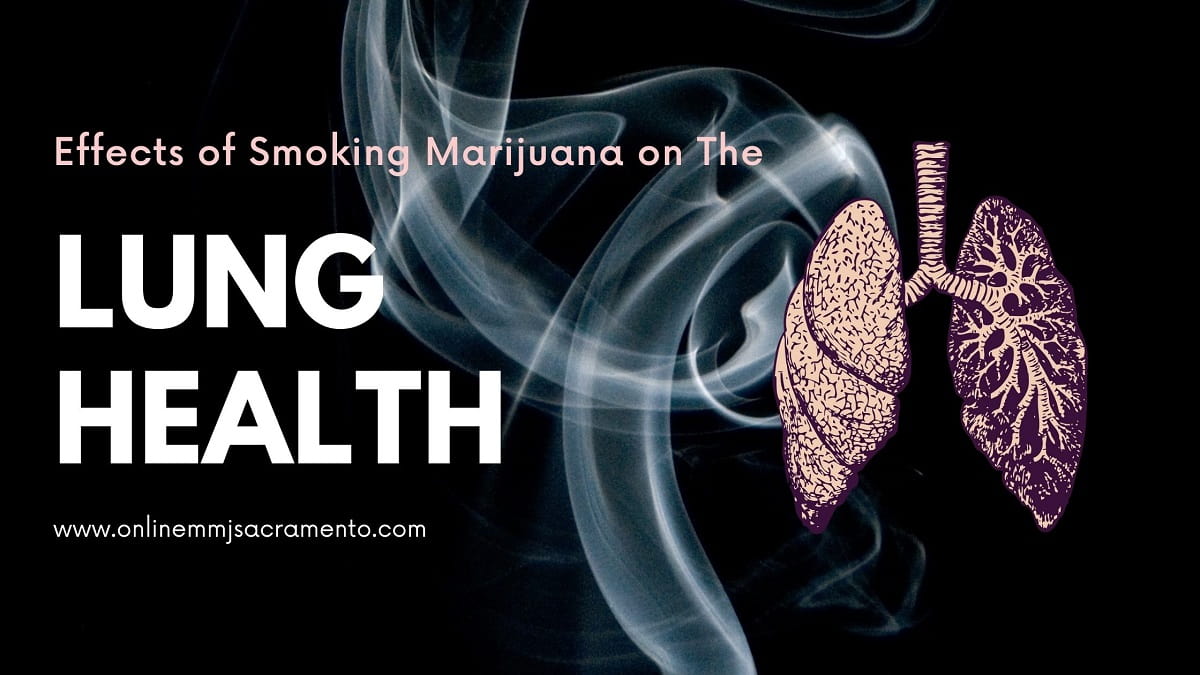 Effects of Smoking Marijuana on The Lung Health

Cannabis is one of the most commonly smoked substances. In the United States, many states have legalized the herb for patients with various medical conditions. Thus, by getting a medical marijuana recommendation letter from a licensed doctor, you can legally buy and use cannabis for managing your symptoms.

Related- How to Get a Medical Marijuana Card in Sacramento in Less Than 24 Hours?

Since the combustion of the substance occurs, many are worried about the potential effects of smoking on lung health. Does it really damage your lungs? Read on for complete information.

Marijuana smoke causes coughing, shortness of breath, and inflammation of the airways. Additionally, it can increase the risks of lung cancer. Marijuana smoke comprises more than 450 cancer-causing chemicals as tobacco smoke. In patients with lung cancer, smoking cannabis can be dangerous to health and may decrease the effectiveness of cancer treatment.

According to the American Lung Association, smoke isn’t good for health. Burning anything, whether it’s wood, tobacco, or marijuana, generates toxins and carcinogens, which can cause various health issues. Since marijuana smokers inhale more deeply, they are likely to have more exposure to the smoke.

Smoking marijuana may reduce the immune response of the respiratory system, thus increasing the risks of respiratory infections, such as pneumonia.

Additionally, secondhand smoke may contain the same toxins as marijuana smoke. So, the risks are still there. Although there’s no scientific evidence related to the risks of secondhand smoke available, medical experts recommend avoiding it.

However, how often you smoke cannabis matters. A study published in the Journal of the American Medical Association in 2012 reported that smoking one joint per day for as long as 7 years doesn’t seem to damage the lungs adversely. This indicates that heavy cannabis use can lead to lung problems.

What Are The Alternatives?

To avoid the potential risks associated with marijuana smoking, you can use other methods of cannabis consumption. Vaping is one of the most popular alternatives to smoking cannabis. In this method, the substance is heated to a low temperature to produce vapors (containing cannabinoids), which are then inhaled through the mouthpiece. You can vape dry flowers or concentrates. It’s important to note that concentrates contain about 4 times stronger THC content than flowers. So, be careful when using cannabis concentrates.

Related- What’s The Difference Between Marijuana Smoking And Vaping

Ingesting edibles is another alternative to smoking cannabis. It allows you to enjoy the medicinal effects of marijuana without inhaling the smoke. Unlike smoking or vaping, edibles take longer to deliver cannabinoids into the bloodstream. So, you have to wait for 30-90 minutes to experience the effects. However, some edibles take even longer to kick in, depending on the concentrations of THC and CBD.

Tinctures and oils enable consumers to have complete control over the dosage. Thus, by doing proper measurements through the dropper, you can consume the right amounts of cannabinoids. This helps you avoid the negative effects, such as cannabis overdose.

If you want to use cannabis for medical purposes, you must be careful when purchasing marijuana products. Cannabis oils, tinctures, and topicals sold by unauthorized sources may contain higher levels of THC than what they advertise. So, you should always visit licensed dispensaries for buying cannabis. With a doctor’s medical marijuana recommendation, you can legally buy cannabis. Using telemedicine, the process of applying for 420 evaluations is very simple. It involves three simple steps-

Smoking marijuana can cause lung damage. Research says that the smoke generated by burning cannabis contains many of the same carcinogens as tobacco smoke. Smoking cannabis can increase the risks of respiratory infections, including pneumonia.

If you want to avoid the risks of smoking, opt for smokeless methods of cannabis consumption. Vaping is the most popular alternative, which allows consumers to inhale the vapors generated by vape pens. Ingesting cannabis can also help patients to enjoy therapeutic effects without exposing their lungs to smoke. Edibles are available in different concentrations of cannabinoids and terpenes, so you can purchase them based on your customized needs.

In light of the COVID pandemic, we advise all our patients to see a doctor online instead of visiting the clinic. Help us flatten the curve by opting for an online 420 evaluation.

" Got my recommendation the same day. I couldn't believe it. Just so happy after a long time something good has happened in my life. The doctor also helped me with the stains that could be beneficial for my health. Great in all. Personally, I would recommend them to you as well. "

You will receive your medical card in PDF format in 10 minutes by email. An embossed hard copy is sent by mail.